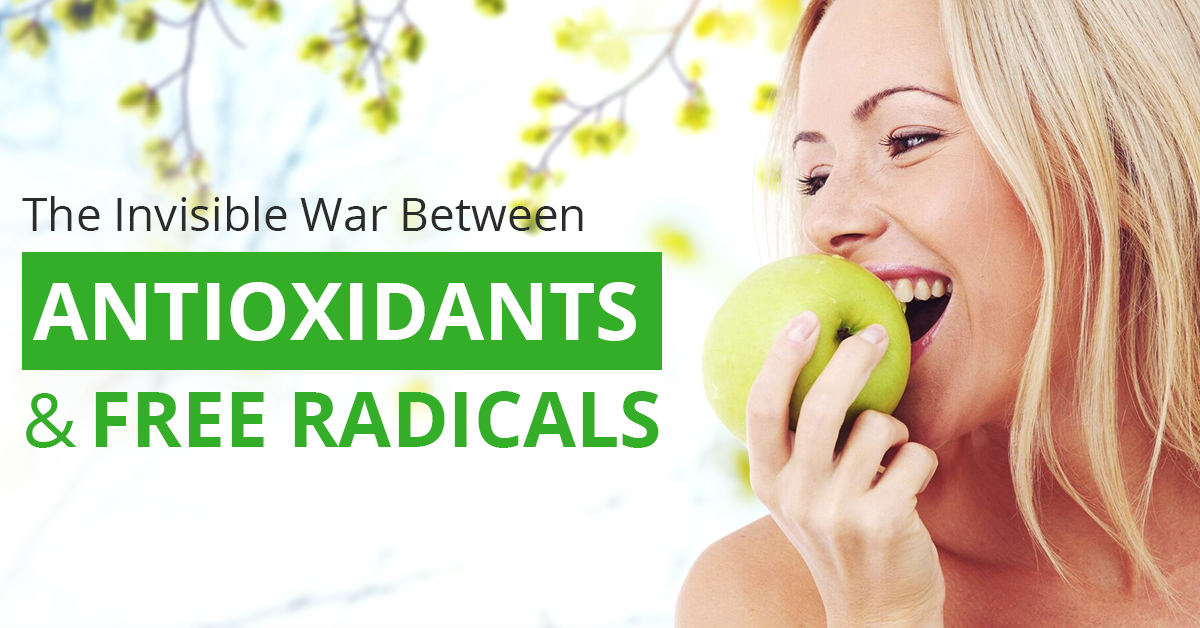 Are you getting sick more often than you used to? Do you wake up with aches and pains? Do you have brown spots and other signs of sun-damaged skin?

Scientists now believe that free radicals are factors in not only these ailments but also in nearly every known disease, from arthritis and cataracts to heart disease and cancer.

In fact, free radicals are a major culprit in the aging process itself.

In 1954, while researching an explanation for aging, biogerontologist Denham Harman discovered the concept of free radicals.

Free radicals are unstable (meaning highly reactive) molecules in our bodies. They can damage cell structures when they steal electrons from healthy atoms making up our proteins, DNA, and other important structures.

This damage accumulates as we age and can ultimately lead to conditions that we often associate with aging.

As a quick experiment, you can cut an apple into slices and observe as they grow brown.

The rust-like appearance of the sliced apple is the result of oxygen reacting with nutrients in the apple.

Yet, while oxygen can cause damage, it’s also necessary for life.

So we’re in a bit of a conundrum.

We need oxygen, but oxygen and other reactive molecules (free radicals) can damage cells and thereby harm our health. 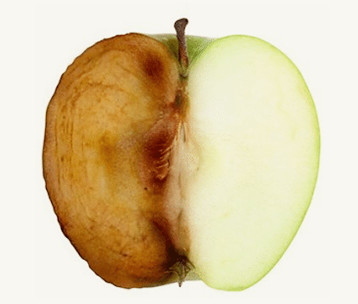 The job of defending the body against free radicals falls to the antioxidant defense system.

Antioxidants are really the free radical police of the body, on-call whenever necessary to “arrest” these nasty free radicals wherever they may be. Stopping these electron thieves early is important so they can’t spread their destruction to other cells.

The key to good health is to maintain the right balance between antioxidants and free radicals. An imbalance will result in oxidative stress, which leads to illnesses.

Antioxidants include dozens of food-based substances you may have heard of before, such as vitamins C and E, carotenoids like beta-carotene and lycopene, and polyphenols like resveratrol.

The more you understand the power of antioxidants and how they work, the more you will truly appreciate the profound role they play in keeping you healthy and building vitality.

Research suggests that when it comes to longevity and overall health, antioxidant foods, herbs, teas, and supplements can:

1. Protect Eye Health
The antioxidants vitamin C, vitamin E, and beta carotene have all been shown to have positive effects on preventing macular degeneration. (Learn more about protecting eye health in our article: Six Easy Ways to Keep Your Eyes Healthy)

2. Reduce the Effects of Aging on the Skin
Free radicals speed up the aging process when it comes to the appearance and health of your skin. Vitamin A and C have been connected to a decrease in the appearance of wrinkles and skin dryness. Vitamin C, specifically, is a powerful antioxidant that can help reduce the effect of oxidative damage caused by pollution, stress, or poor diet.

3. Decrease the Risk of Cancer
Studies have found that high intakes of vitamin A, vitamin C, and other antioxidants could help prevent or treat several forms of cancer thanks to their ability to control malignant cells in the body and cause cell cycle arrest and destruction of cancer cells.

4. Prevent Cognitive Decline
The Journal of the American Medical Association of Neurology reports that higher intake of foods rich in antioxidants, such as vitamin C and vitamin E, may modestly reduce the long-term risk of dementia and Alzheimer’s disease.

5. Prevent Stroke and Heart Disease
The American Journal of Clinical Nutrition featured a study that found those with high levels of vitamin C in their blood had almost a 50 percent decreased risk of stroke. Countless studies have also found that people on diets loaded with fresh veggies, herbs, spices, and fruits have a lower risk of heart disease.

The best way to optimize the protective antioxidants in your body is to lead a healthy lifestyle. Eat a variety of fruits and vegetables, aiming for at least five servings per day. Recent evidence has suggested that polyphenol-rich foods intake may be associated with decreased risk of chronic diseases.[5]

Here’s Dr. Bruce Daggy’s take on more antioxidants in your diet: “While antioxidant defenses are important, there are many reasons to consume fruits and vegetables beyond their antioxidant content. Things like dietary fiber, and compounds that help keep your blood pressure healthy.

And of course, when you’re getting more calories from broccoli and apples, you won’t ‘need’ as many calories from junk food. Take some time to figure out how you would enjoy getting more fruits and vegetables into your diet. Whether as salads, side dishes, soups, stews, smoothies, snuck in (e.g., hidden in a pasta dish), or stand-alone.”

Here are some foods high in antioxidants:

In addition to adding antioxidant-rich foods to your body, the next best thing is to prevent destroying the antioxidants that are already in your body. Smoking cigarettes and drinking alcohol are major free radical factors that can neutralize the antioxidants that you put into your body if you use these substances often. Reducing stress, lowering the number of medications and getting chemicals out of your home will also help.

Supplements are another means to cover any dietary shortfalls and to overall increase antioxidant protection.

Shaklee has a product called Vivix that contains a multitude of ingredients that possess antioxidant properties, including a large group of organic molecules found in plants called polyphenols.

Discover the amazing power of Vivix in this video: 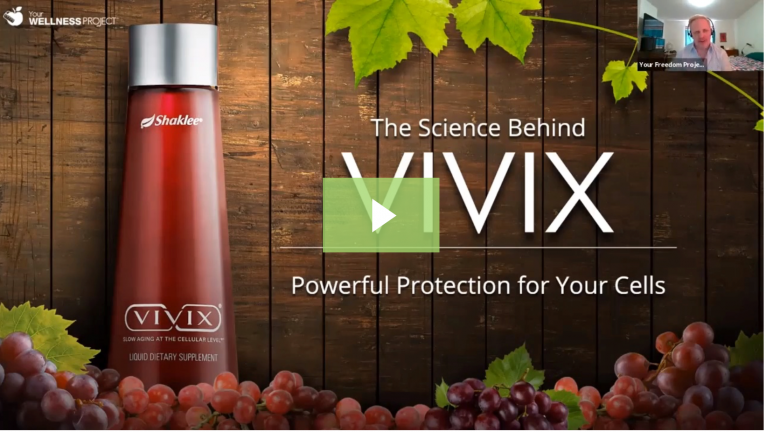 Vivix: Powerful Protection for Your Cells

In summary, your biggest goal in preventing free radical damage is to focus on consuming a wide variety of nutrient-dense, whole foods. And supplementing with antioxidant-rich polyphenols like those found in Vivix. At the same time, it’s important to reduce the toxin load in your body by avoiding harmful things like smoking, drinking too much, unnecessary medications, stress, and environmental pollutants.

Here’s to a healthier, antioxidant-rich you!

Scroll back to top